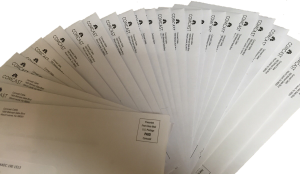 The first-ever ‘trial’ in the U.S. over unauthorized file-sharing using the bittorrent protocol blazed a trail for future Plaintiffs. What many had hoped would be an opportunity for defendants to show some sort of illegal maneuvering on Plaintiff’s part instead became a court-sanctioned presentation of Plaintiff’s case. In the end, Malibu Media was able to show enough evidence to convince the John Doe defendants that settlement was a more appealing option. I was fortunate enough to defend one of the John Does who were chosen for trial. While I cannot discuss the settlements, I can discuss what the trial means for Internet users and future defendants.

We now know how the evidence is collected

With the myriad speculation on the Internet, many defendants do not know what information is true regarding a copyright Plaintiff’s ability to collect evidence on a potential defendant. We now know that potential Plaintiffs can hire investigators whose systems are robust enough to survive scrutiny in court. Perhaps a future case will be able to test the veracity of those procedures and evidence.

We now know that Malibu is a genuine copyright owner

We now know what it costs to defend these cases

It’s important to be able to counsel defendants on what to expect during their case and that includes finances. With even the limited trial involved in this case, we now know what to expect when a defendant wishes to have their day in court. This includes estimating the costs involved so a defendant can make an informed decision about the path of their case.

What this means going forward

The best way to avoid becoming a defendant is to make sure that no one downloads any copyrighted material without permission using an Internet connection for which you are responsible. This means securing your network and your computers, keeping them free of viruses, and limiting access to them to those you trust not to break the law.

Received a notice of a subpoena to your ISP? Received a federal court summons? Attorney & Counselor Leonard J. French can help.

Florida Pure Bill of Discovery? I can tell you what is going on and what you can do about it. Read more in my subpoena defense guide…

Your Notice from your ISP may tell you to file a “Motion to Quash”. I can tell you what that is and whether filing a Motion to Quash is the right decision for you.

I have personally represented over one thousand defendants in bittorrent-based copyright lawsuits around the country, including Malibu Media’s first trial, the ‘bellwether’ trial.

I offer reasonable, flat rates for most circumstances. Most rates range from $1,200 to $2,500 depending on the complexity of the case.